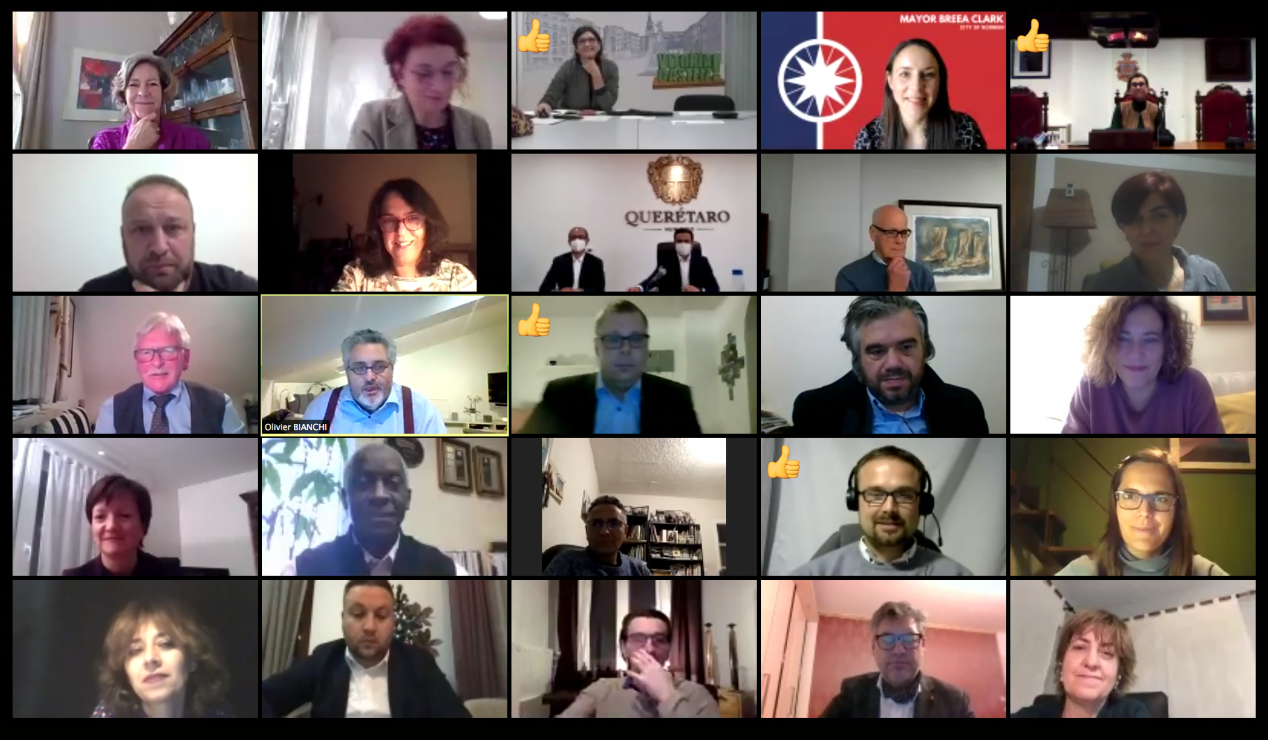 On December 9th, 2020 (at 6:00 p.m. Paris time), the General Assembly of the International Network of Michelin Cities was held.

Due to the global health crisis, the General Assembly (GA) was held by video conference, as was the executive committee a week before. Nearly 50 people participated, demonstrating the cities' keen interest in international issues, despite the global context. Some cities were unable to participate due to the time difference.

During the General Assembly, the members of the Network chose different UN Sustainable Development Goals (SDGs) as the structuring elements of the work and projects for the INMC. The SDGs which will be the common thread of future activities are:

6. Culture as an antidote for side effects, a more global line of work that contributes to the achievement of each of the other SDGs.

In addition, it was decided to develop the “youth training” component of the INMC, in order to sustain and develop exchanges of young people from the network cities. To this end, the cities have shown great interest in the creation of a network of interns which would allow, not only university and vocational students, but also young people who would like to have an international experience. This would enable them to become true ambassadors of INMC cities. A working group will be set up to plan these exchanges. A proposal for a Staff training week, led by the Clermont Auvergne University, was made in order to offer the opportunity for the development of international skills at a distance, thus promoting multicultural education for all. 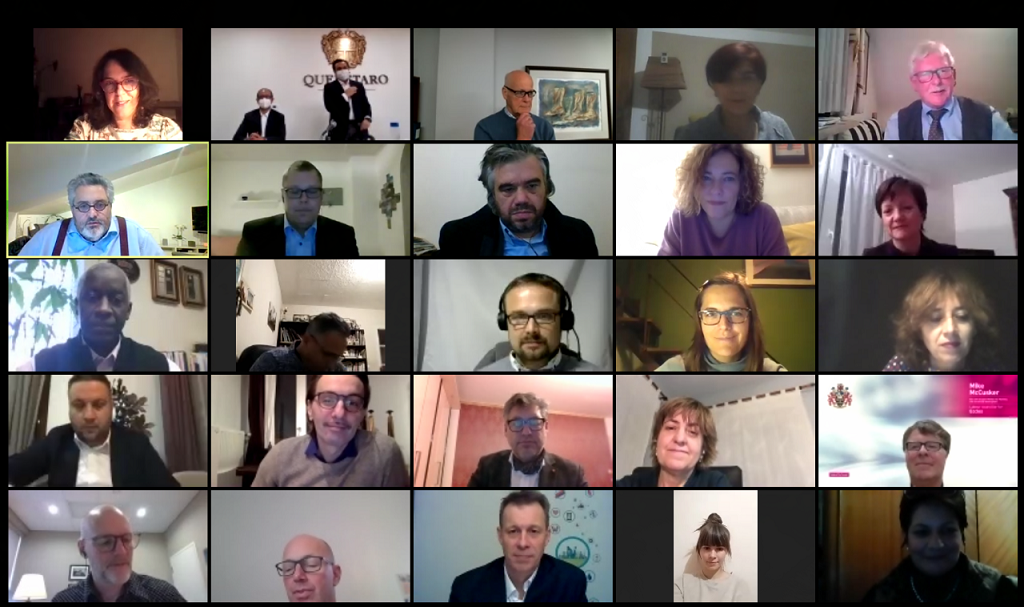 In view of the current situation, the 3rd Network Meetings in Querétaro have been postponed from February to September 2021. During this announcement, Luis Nava, the Mayor of Querétaro renewed his willingness and his pleasure to welcome the cities of the INMC. A virtual working time will be nonetheless organized in February, before the in-person conference to be held in the second semester of 2021.

These online conferences and workshops will be offered at the end of February 2021 (the date on which the 3rd Meetings should have been held), around the themes of:

1. The economic model of sustainable development, theorized by the “Donut economy”;

3. The post-COVID19 era, an opportunity for local authorities to assume their responsibilities towards future generations.

The proposal for a newsletter at regular intervals will make it possible to inform cities about the Network's ongoing activities. Several projects in different sectors (urban planning, ecology, circular economy, citizen participation, tourism, culture, etc.) have also been initiated and will be the subject of collaborative work between cities from the start of the 2021 school year.